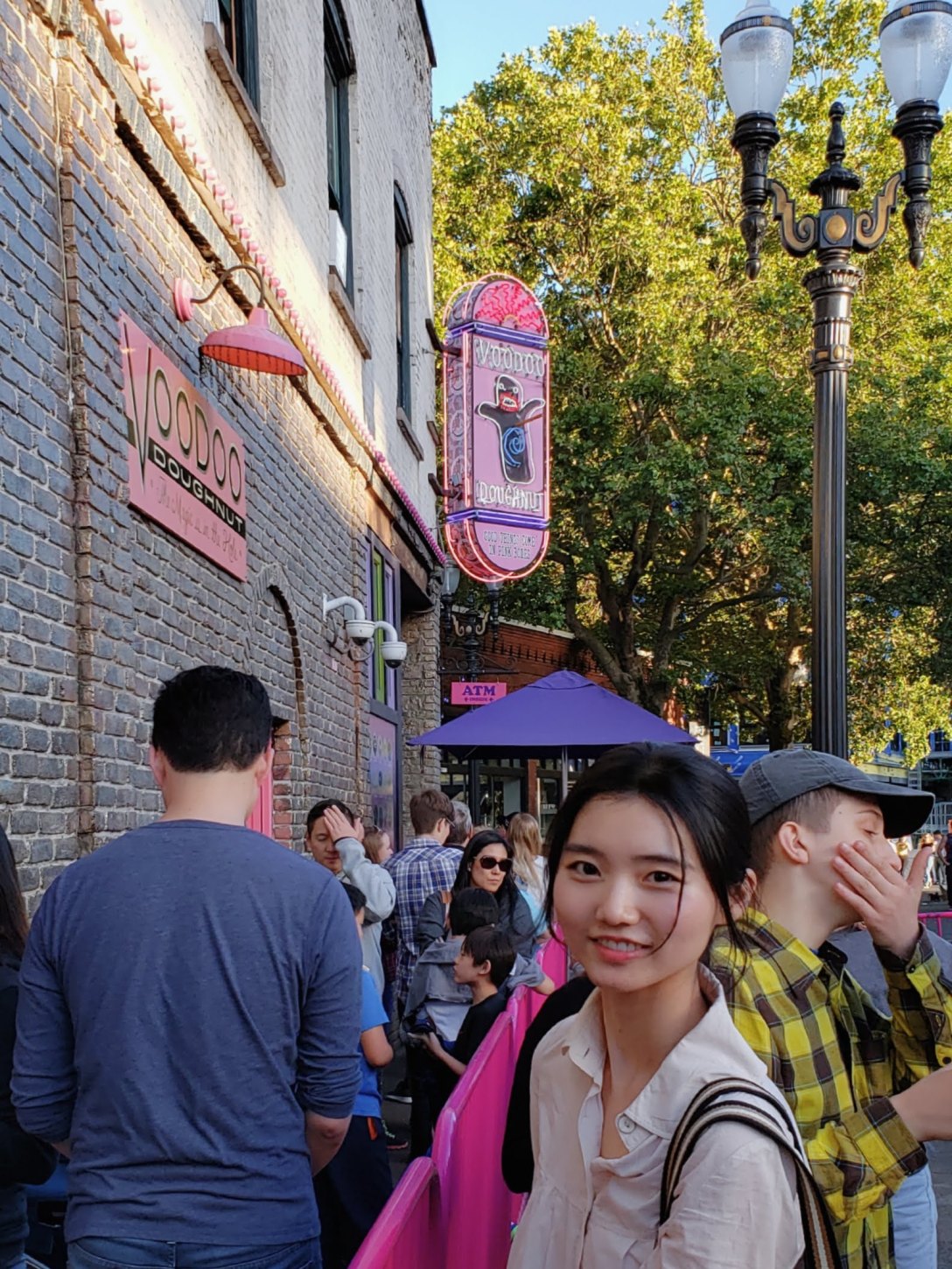 PSA: they sell coffee too, it’s just not clearly marked on their menu. They also accept cash and credit.

I asked six different people where to eat in Portland and the only thing my sugar-addicted coworkers and friends could tell me was: “if you don’t get a doughnut from Voodoo, you’ll regret it”.

Well, fast forward and I found myself standing in line again, for two consecutive days, buying doughnuts so I can drive half a dozen doughnuts across one state borders and one international border to my mom.

The shop itself is very colourful and also very small. The majority of your time at Voodoo Doughnuts will be spent standing in a queue outside the shop, only to step through the physical establishment to quickly order and leave with your iconic pink cardboard box.

I think I read somewhere online (probably Yelp) that they only accept cash. This is not true. I saw a confused older couple who didn’t understand that one of the tills was cash-only and the other three tills accepted credit in front of us. Unfortunately, they gave up and proceeded to leave before I could try to explain to them that they can pay at a different cashier.

Luckily, we didn’t stand in line for very long both times. The first time we went at around 4:30pm on Saturday so I’m assuming it was an odd time for dessert. We decided to get doughnuts before heading to dinner and on our way back from dinner, the line was ridiculously long.

The following day, we went at around the same time.

I think, at most we spent 15 minutes in line.

I have to admit, the cake part of the doughnut was very good; the frosting was a little too sweet.

I say value because these doughnuts are quite large. You might not be able to tell from the photos but that Voodoo Doll doughnut is actually the size of two of my fists.

Of course I had mine with black coffee.

Mom appreciated me bringing them back and she really enjoyed them. I think it’s definitely worth a visit once; up to you if it’s worth the wait the second time.

Thank you so much for reading.